HomeCricketThe plan was to bowl on the right line and length. ...
Cricket 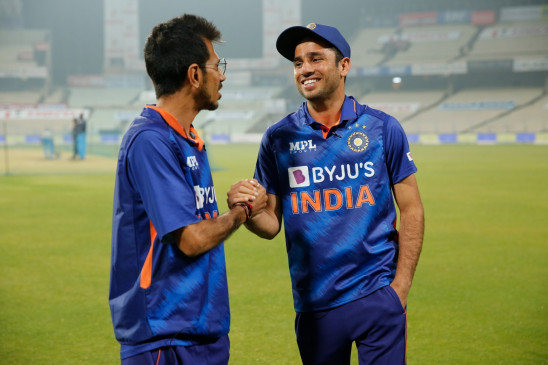 Digital Desk, Kolkata. Leg-spinner Ravi Bishnoi revealed that his plan was to bowl the right line and length on his debut for India. Bishnoi made a dream entry into international cricket on Wednesday, taking the wickets of Roston Chase and Rovman Powell in the same over and conceding just 17 runs in four overs of his quota.

Bishnoi’s stellar performance laid the foundation for India’s six-wicket win over the West Indies and earned him the player of the match award. Bishnoi is the first player from India’s 2020 batch in the Under-19 World Cup to make his senior India debut.

The BCCI uploaded a video on Thursday, in which Bishnoi explained that the plan was to bowl in the right line and length. The plan was not to give much space to the batsmen, because when they open their hands, they will hit shots. Bishnoi, in conversation with senior leg-spinner Yuzvendra Chahal, said that they (West Indies) are one of the best teams in T20s and the plan was to bowl stump-to-stump and not give much space.

Before the start of the match, Bishnoi received his T20 cap from Chahal, the senior leg-spinner. When I got my first cap, I felt really good,” Bishnoi said. It was a dream come true and it felt better when I got the cap from Yuzvendra Chahal. Everyone has a dream to play for India and when I got a chance to play, I tried to play to the best of my ability.

The 21-year-old Bishnoi also revealed how he was greeted by the Indian team, especially head coach Rahul Dravid. He said, playing for India is everyone’s dream including mine. When I came to practice on the first day, I was excited and nervous. I felt great when Rahul Dravid sir welcomed me into the team.

“I enjoyed myself with my senior players during practice and net sessions, everyone gave good feedback and supported me to do better in those little things,” he added. I have a lot to learn and will try to do my best to help the team win.

IndvsAus: Opener Usman Khawaja, who came before the Test series, told the reason for fear about the turning wicket

IndvsAus: Opener Usman Khawaja, who came before the Test series, told the reason for fear about the turning wicket